Date? Call me maybe, next year.

She was beautiful. Way out of my league, but she said “yes” to a date. Maybe she thought I was someone else.

I had finally called (after much angst and hanging up several times) and she remembered who I was (good, because at that point I wasn’t sure I knew who I was), and I was going on a date with Marcy!

So, why would I worry whether she would remember me? I was a shy college junior and she was a beauty queen, but a senior in high school. I had graduated from that same high school two and a half years before and I was now home for Christmas. My best friend, Mick, was home too, and his girlfriend, Suze, had suggested this date because she and Marcy were in the same class. Mick was a college freshman but we had grown up as next-door neighbors and frequent co-conspirators. Getting the picture yet? I was being set up.

As to why Marcy agreed, I imagine it had a great deal to do with the fact that I was a wildly handsome, debonair, man-about-town, college man—one with a vivid imagination. Or could it possibly be because we had tickets to a Broadway show followed by a party at my off-campus apartment held by one of my fraternity brother roommates? Yeah, that was probably more like it.

Other things you should know about this date

Fortunately, I was able to buy my sister’s off with a full tank of gas the day after my date. And Suze was bubbly and a true extrovert, so I was counting on her to carry my part of any conversation (that I might be required to participate in).

At last the big Saturday came. We picked up (the beautiful and charming) Marcy and headed into New York to see a show (whose name I don’t remember). Denial can serve a useful purpose when trying to block out nightmares.

Whatever you’ve heard about driving in mid-town Manhattan is true. People act as if they are the only ones on the road and you only serve as target practice. The car they are piloting is a weapon and everyone out there is the enemy. Fortunately, my attitude on driving is that the best defense is a good offense. By pretending you don’t see the other drivers, the hope is that they will run away from you. It usually works but you must be prepared to react defensively if they are playing the same game.

As a country boy, I hate parking lots. I like to drive to my destination, park the car, and walk inside. Those of you who have driven in mid-town Manhattan know that this is impossible, especially in the theater district, so I tend to drive around the block(s) looking for an available space. This could take anywhere from thirty to sixty minutes—if you’re lucky. I was not lucky.

Since we were running out of time and Suze and Marcy were getting bored with seeing the same streets on our Big Adventure, I took a chance. Parking maybe a smidge too close to a fire hydrant, I said, “what the hell”?

As Luck would have it, my Luck improved. 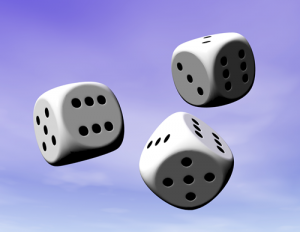 The show was terrific and we were grandly entertained for a couple of hours. Marcy smiled and laughed, Suze and Mick did the same and I did as well. Life was good. On the way back to the car, in my ebullience, I grabbed ahold of a street sign pole and swung around planting my feet on the return trip right into Marcy’s stomach. Mick caught her but suddenly the mood changed. Go figure.

By the time we got back to the car, the profuseness of my apologies was having the desired effect and good humor was slowly returning.

Then … I saw … the car. The taillight on the street side was broken and the fender was smashed. As we all gathered around, bemoaning my fate, I saw the ticket on the windshield. Apparently, the police in New York City measure the distance between the front bumper and the fire hydrant in millimeters. This date just cost me another $100 for parking and who knows what for the fender.

I needed to party.

Once we got through the Lincoln Tunnel, my off-campus apartment was about twenty miles west, in Montclair, NJ. It was late and once we got off the highway, it was a straight shot down a two-lane, 35 miles per hour road.

Marcy was the first to mention my speed. My confident reply, that “I know these roads” was met by red and blue flashing lights and a siren call from the rear.

I was hoping that I knew these cops, as I knew a bunch of them from my part-time job delivering pizzas in town.

As the first cop was inquiring about my driving privileges in New Jersey, the second came running up behind him and hoarsely whispered, “I had him doing 60!” And he wasn’t talking about the cost of the tickets. (One for the rear taillight also).

My cops must have been on the day shift.

But we stopped at the apartment anyhow since the girls had to at least use the euphemism (toilet, for the grownups in the room).

I think I need to redefine “party” at this point. Since it was Christmas break, most people had gone home, much to my roommates’ surprise. When we arrived around midnight, the “party” consisted of three guys and two girls watching TV and drinking.

Marcy raced to the bathroom and about ten seconds later, raced out. She whispered something to Suze, who went to the bathroom, came out and invited me to check it out. As I opened the door, I was bombarded with a wall of odors that instantly distinguished themselves as free-range feces and vomit.

As I retreated, my roommate, Frank announced that “We should have been here earlier. The party was great then.”

The girl on Frank’s lap, Joanie, offered to let us use her bathroom only two floors down, and we gratefully followed her, bidding our fondest adieus immediately afterward.

It was quiet on the way home as I was obeying all the speed limits and traffic laws. I don’t know what everyone else was so deep in thought about. I was the one who had to pay for the tickets, the fender, and live with the smell in the apartment or clean it if Frank didn’t clean it well enough! Which he wouldn’t!

We were on a two-lane highway and coming up on an intersection with a stop sign for the crossing traffic. My speed limit was 50 mph and that’s what I was doing. (You don’t have to tell me twice.)

From the left, a car was slowly crossing the highway and both Mick and I were pushing back in our seats, mouthing the words, “No, no, no!” because we knew the guy couldn’t make it in time. I was braking (as was Mick, pushing his foot through the front seat) and angling right to avoid the car, but Fate, in an effort to maintain consistency with the previous events of the night, caused my car to smack into his right rear just before he cleared my lane.

Now my car looked like this in my mind. 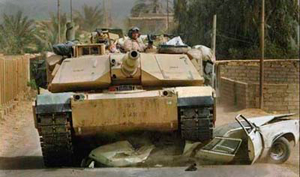 The State Trooper gave him a ticket for failure to yield the right of way, and I got nada, zilch, zippo from the Trooper, ticket-wise. Best thing that happened all night.

Marcy’s house was about 3 miles away, so the Trooper let her call her father and Mick called his dad. My car was towed and my sisters were now without a car for at least a month. They “thanked” me later — in great detail.

When Marcy’s father arrived, he asked if everyone was OK as Marcy climbed into his car. We mumbled something obligatory and he looked back at Marcy as she slammed the door.

He turned and stared at me for awhile before saying, in a dead-even, but ever-so-slightly menacing voice, “Anything else I should know about before I talk to my little girl, son?”

“I think she liked the show,” was all that came out. “And I got a parking ticket in New York. And someone smashed the left rear taillight and fender while we were parked there.”

He looked down and said nothing.

“Oh, and I got a speeding ticket in Montclair.”

He looked up at me. “What were you doing in Montclair?”

“Uh, checking in on my roommate. We didn’t stay very long because the bathroom was kind of fu—ragrant.”

“So you decided to top the night off with this?”

He stared at me, longer this time, and then climbed into the car.

I waved wanly as the wonderful, working, wheels wound westward back onto the highway. Later that week, Suze said that Marcy never said a word about it.

Hmm. I hope she didn’t mention the fact that I accidentally kicked her in the stomach, too.

This site uses Akismet to reduce spam. Learn how your comment data is processed.

Let us know at the bottom of any page!